A Look Into the Freshmen Football Team 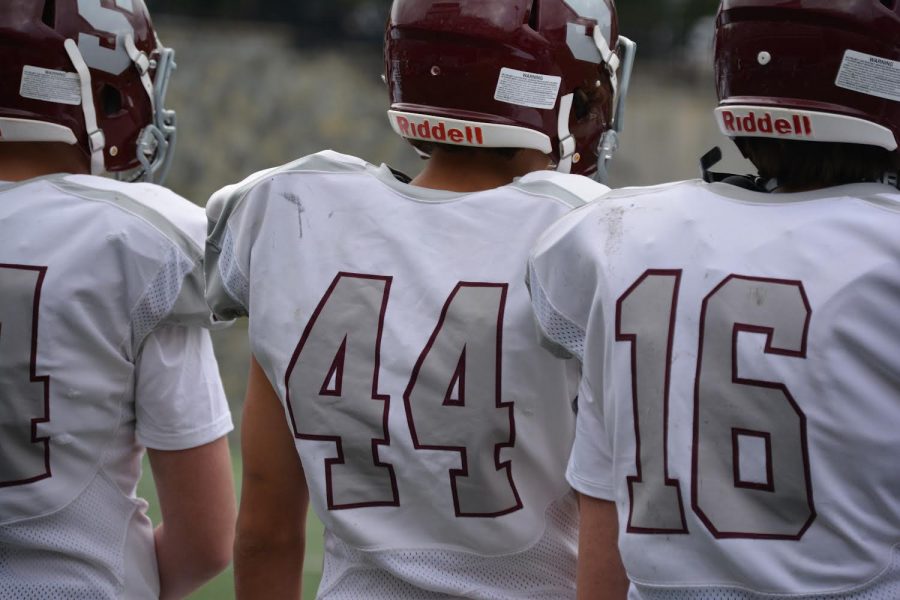 Robbie Strayer, Micheal Troup, Mason Williams, and Peter Corby, some of the newest players for this football team, shared their thoughts about their first high school football team experience.

Football practices a lot during the summer. Sometimes even multiple times a day. Freshman Robbie Strayer, who plays on the freshman team, explained what the preseason practices looked like.

“Practice, we had a scrimmage and a game, learned plays, haven’t played much since I broke my collarbone,” Strayer said.

“Start off with warm-ups, do some plays, some hitting drills, all depends on what day it is,” Strayer said.

The coaches seem to be the backbone of the team, putting in long hours to bring out the team’s potential.

“Long, hard, coaches are really good at their jobs, they definitely make it possible to still enjoy football, find joy in the sport, even with it being a very time-consuming, physically demanding thing,” Corby said.

The freshmen team is the youngest football team in the State High program. However, the older varsity players have been able to assist these young athletes.

“I played with older players this summer and yes they definitely helped,” Williams said.

The freshman players on the State High football team seemed excited about the starting of the new season.