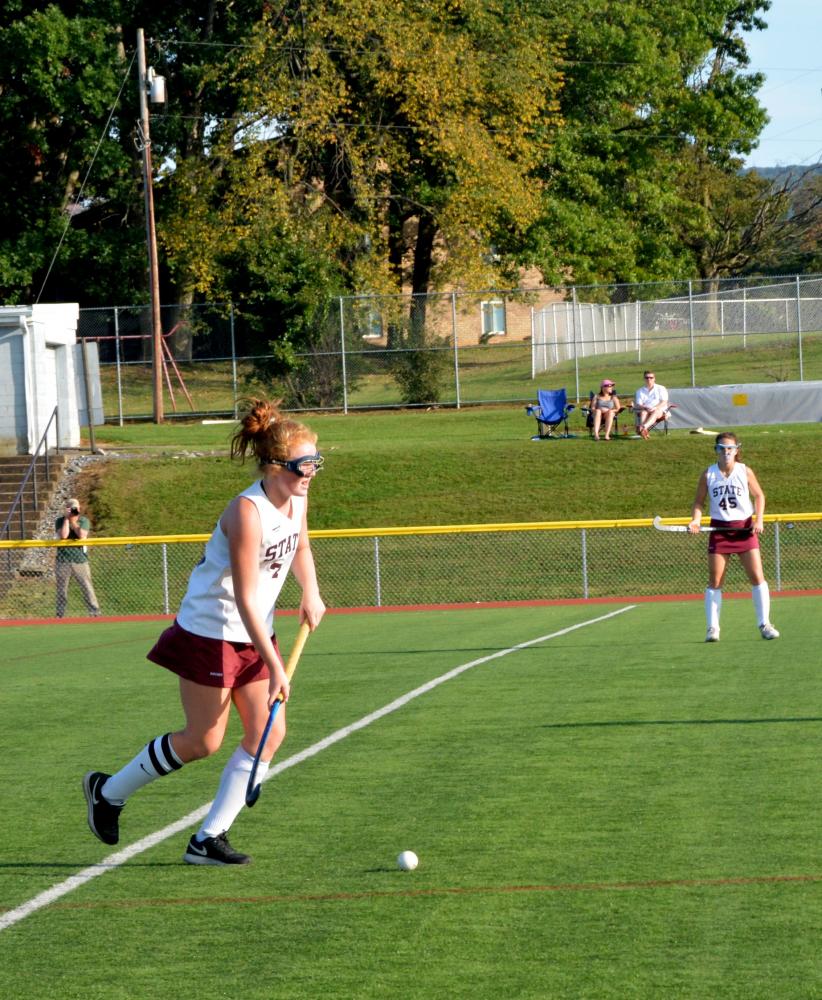 Junior, Kelsey Love (#24), looks upfield and dribbles the ball in an effort to destroy Carlisle. Love said the team played in an “aggressive” manor. Love scored all three goals for the Little Lady Lions in Thursday’s game.

During a very hot afternoon on the South Track field, the Little Lady Lions play against the Carlisle Bisons of Carlisle High School. State College varsity field hockey took a 3-0 win. All three goals were scored by junior, Kelsey Love. Love is a junior who has been playing field hockey for her 7th year this season. She is #24 and is a center midfielder on varsity this year. Love said the other team played: “very aggressively”. She also noted that our varsity team, “worked together extremely in-sync today, and passed very well”. This home game broke their previous five game losing streak. Another exciting aspect of this game was in the final minutes of the game, freshman Bayla Furmanek was put in as goalie for her first time playing in a varsity game. This is Furmanek’s first year playing field hockey, and she is normally the JV goalie.  “We have a ‘Big sister, Little sister’ dynamic between the Junior Varsity and Varsity teams. We bring each other sentimental gifts to games and being this bonded between teams is a unique aspect we have”, said Furmanek. This dynamic allowed her to feel comfortable playing up on Varsity for a change. Especially after Thursday’s win, the Little Lady Lions and fans are excited to finish off the rest of the season.