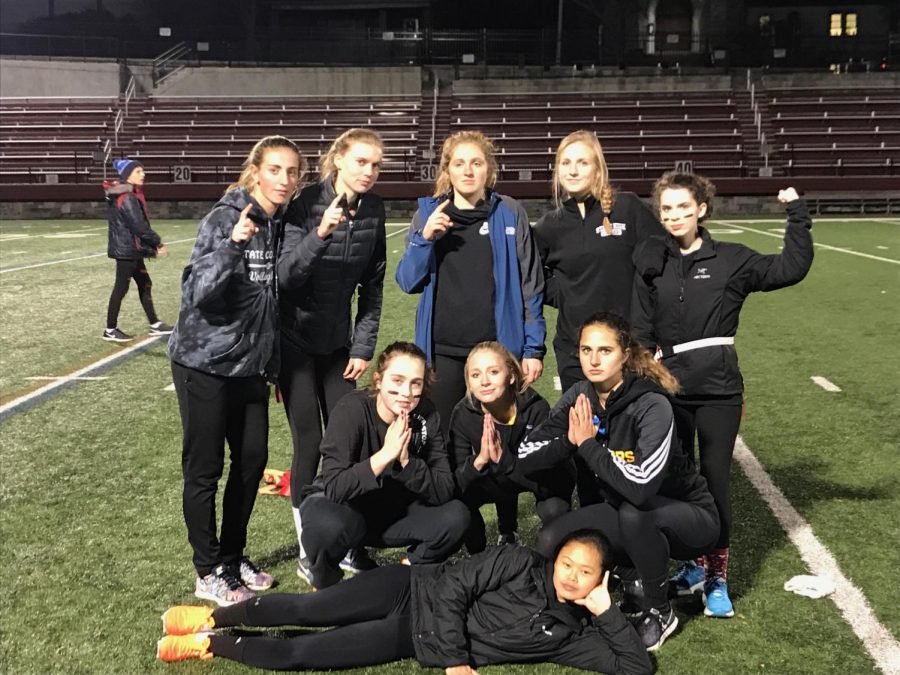 State High’s annual Powderpuff football game is an opportunity for all State High girls to play on Memorial Field. All grades are welcomed with no experience necessary. Powderpuff football follows the general rules of flag football. It is not meant to be a physical game, so there is no tackling. On Tuesday, November 21st, the seniors, dressed in black, took on the underclassmen in white. On Monday night there was a practice session, coached by players on State High’s own football team.

On Tuesday, the seniors were victorious over the underclassmen with a score of 21-0.

Julia Neely, senior, participated in powderpuff this year as well as her junior year. She says, “it’s important because it gives all the girls a chance to try a sport that is not traditionally for girls.” Part of her reasoning for playing in the powderpuff football game is her lifelong love of football, and the social scene at the game, “I love playing the sport and hanging out with a ton of girls, along with having coaches who are also my friends.”

Oliver Allen, a senior on the football team, has nine years of experience playing football and was one of the three coaches for the senior team. “It was really exciting, the girls had fun which was the most most important part, and the best part is that the seniors won,” Allen said. He was very proud of his team and fellow coaches, “the underclassmen team couldn’t stop our reverse play to Payton Porter.”

Hopefully the tradition of Powderpuff at State High will continue in the many years to come, giving all girls a chance to play under the lights of Memorial Field.