Athletes Commit to Furthering Their Careers 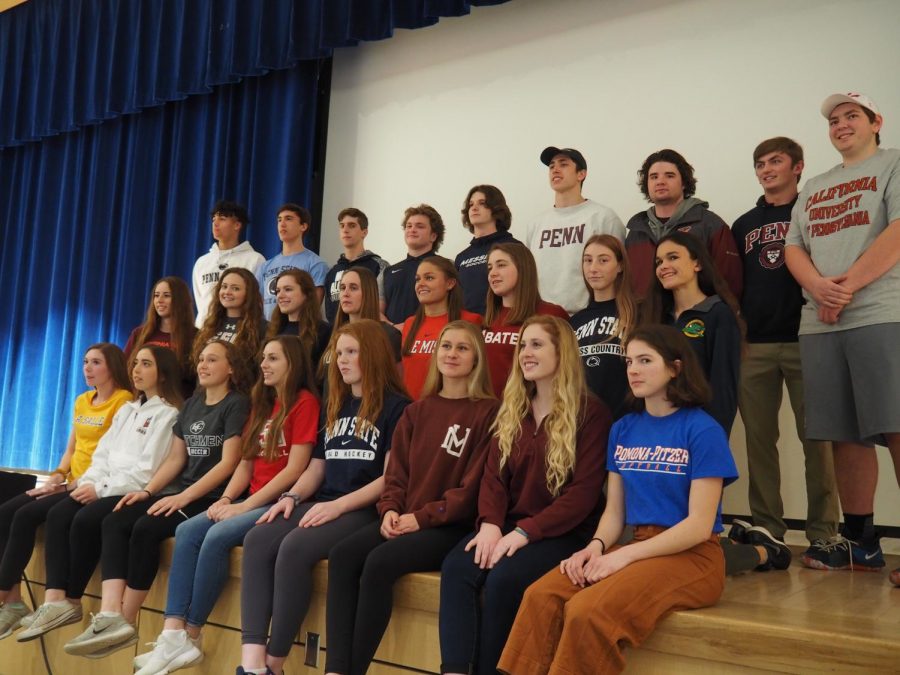 A group of State High students sign to continue their athletic careers. Kayla Moran said, "It was really great to see everyone I grew up with being acknowledged on their big accomplishments."

Elaina Ohlson of girls’ lacrosse signed with East Stroudsburg University. “It felt most like home,” Ohlson said. “The players made me feel welcome from the start, and my coach made me feel like I was a part of the warrior family even on the first visit.”

“As soon as I stepped foot on the PSU indoor track on my official visit, I knew I felt comfortable calling Penn State home. I was beyond impressed with the team, Coach Kelly’s training style, and the rest of the coaching staff. After realizing what a great opportunity I had right in my backyard, I knew Penn State was the place for me,” Hamilton said. Their teammate and top five State College Area High School cross country runner, Kileigh Kane, plans on running both women’s track and cross country.

Two athletes are headed to the University of Pennsylvania. Two time PIAA state tournament placewinner, Cole Urbas, will be joining the men’s wrestling team. 2018 pitcher of the year and IMBA national champion, David Shoemaker said, “Although my IMBA days are coming to an end, signing reminded me that I have bigger and better things ahead,” as he will join the men’s baseball team.

All of the student athletes represented themselves, their families, and State High, displaying the exceptional amount of talent in the 2019 recruiting class.