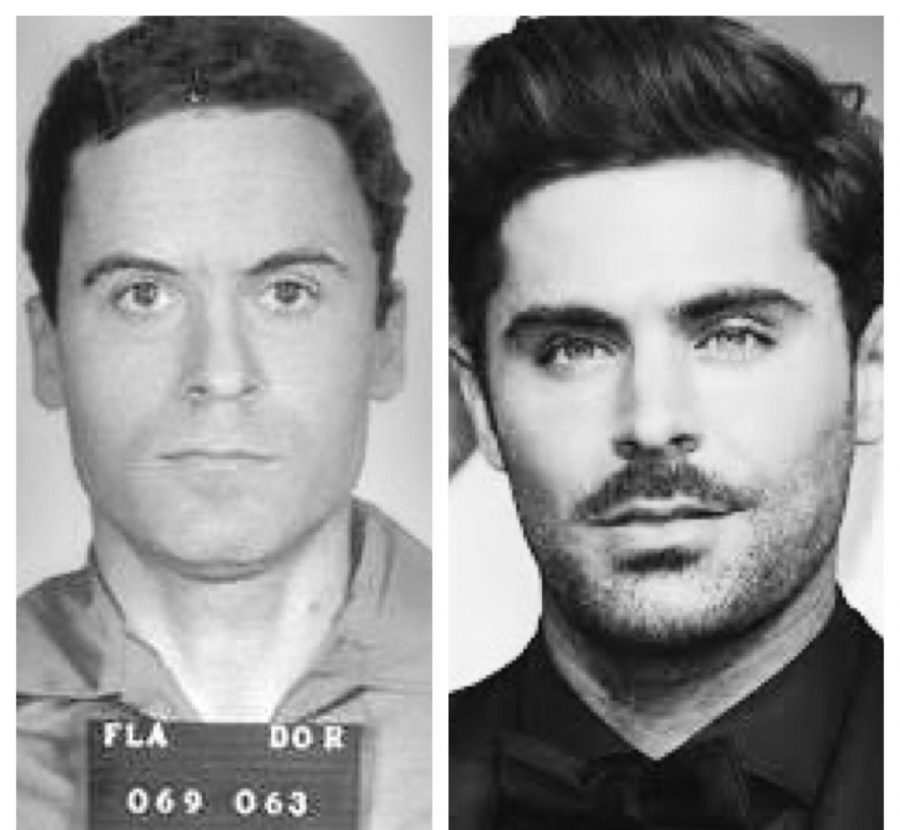 The psychology and stories of serial killers are things that often catch the attention of the public. Throughout the past few years, documentaries, tv shows, and interviews seem to have taken over the beloved Netflix, social media, and internet as a whole.

The most recent headlines have been concerning the release of a new movie about notorious serial killer Ted Bundy. Named after how Judge Edward Cowart described Bundy’s crimes, “Extremely Wicked, Shockingly Evil and Vile,” the movie displays Bundy’s experience both in and out of the courtroom.

Actor Zac Efron and actress Lily Collins starred in the movie as Bundy and his long-time girlfriend, Liz Kloepfer. To the surprise of many, comments began appearing about the attractiveness of Zac Efron in the movie. In real life, besides his horrific crimes, Bundy was known for his charm. Some consider Bundy to have been a fairly attractive man. Senior David Shoemaker disagrees and said, “Ted Bundy is not that attractive to me.” But, after seeing the movie, Shoemaker said, “Zac Efron had me a little bit in the movie, to be honest.”

Shoemaker was not the only one.

After the release of “Extremely Wicked, Shockingly Evil and Vile” and seeing the response from the public, Netflix addressed the obsession with the attraction to the serial killer in the movie; Netflix tweeted “I’ve seen a lot of talk about Ted Bundy’s alleged hotness and would like to gently remind everyone that there are literally THOUSANDS of hot men on the service — almost all of whom are not convicted, serial murderers.” Through this comical approach, they were able to express their concern for the public’s sexualization of Bundy, even if it was just of the actor who portrayed him.

Junior Ashley Franks responded to the situation with a rather straightforward answer: “I think it’s weird to sexualize serial killers because they are, after all, serial killers.”

A mini-series called “Conversations with a Killer: The Ted Bundy Tapes” was also released on Netflix. It took a more documentary-style approach towards the story. The series included recordings, clips, and images of Bundy before, during, and after his trials. It provided an incredibly vivid explanation of the scandal and the story of Bundy’s life.

Both the movie and the mini-series give the public an opportunity to learn about Bundy’s crimes. Whether or not the attractiveness of him captures your attention is not a critical part of either. Just remember, he was a serial killer.

Before the Ted Bundy scandal resurfaced, another serial killer’s story was reenacted in a movie. “My Friend Dahmer” was released to preface serial killer Jeffrey Dahmer’s life. Similarly to “Extremely Wicked, Shockingly Evil and Vile,” the movie humanized Dahmer in a way but also showed his darker, evil side.

Another Netflix series that made headlines was called “You.” This series features a man who is determined to make a woman fall in love with him. He goes to extreme measures, arguably crazy measures, to do so. This show became a huge hit and many began crushing on the main character, Joe…the man who stalks an innocent woman.

This sexualization of serial killers is something that is both intriguing and confusing to many. Hopefully, this is nothing more than a response to the unrequited love from Zac Efron’s famed character, Troy Bolton.