Why Booksmart is a Modern Classic 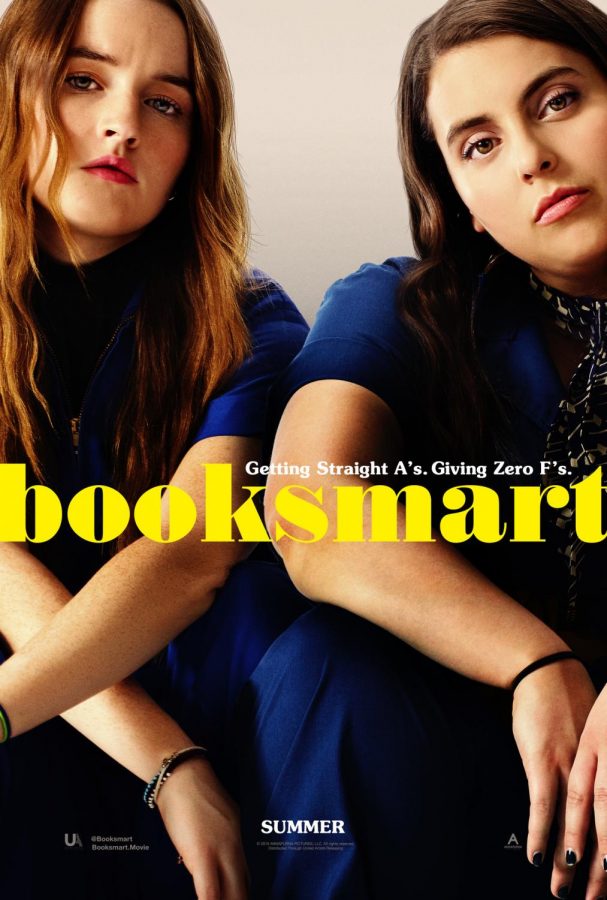 The "Booksmart" poster as seen on theatrical posters and on the DVD cover.

Often, we look for movies that allow us both a window into other peoples’ lives and a mirror of our own lives. Those are the movies that are able to withstand the testament of time; they’re the movies that our parents forced us to watch when we were younger (“Goonies” anyone?). They are able to perfectly encapsulate the time period that they were created and made in. I often think about what movies are going to be examples of the time period that we live in, and what classic from 2019 will be shown to future generations. The answer to this question is 2019’s “Booksmart.”

The premise of “Booksmart” is pretty much your basic “coming-of-age” film. It follows Molly (Beanie Feldstein) and Amy (Kaitlyn Dever), two high school seniors in their last 24 hours of high school. They made the decision that they were not going to party in high school so that they could focus only on school, get good grades, and get into good colleges. It all changes when they discover that their classmates who partied and went out also got into good schools. They are then determined to party and get the full “high school experience” the night before graduation. The movie follows them on their adventure. The movie is both hilarious and relatable. The movie is also visually and aesthetically appealing, with unique shots that enhance the movie. Each scene in the movie is so different from the last, and there is rarely a time when the characters are in the same location that they were in an earlier part of the movie.

The main characters in the film, Molly and Amy, are characters that everyone can relate to in some way or another. Molly knows exactly what she wants to do with her life. She wants to become the youngest Supreme Court Justice of all time. She looks up to women like Michelle Obama and Ruth Bader Ginsburg (seen in the photos in her room at the very beginning of the film). She’s not afraid of being smart and making her voice heard. But she is also quick to judge people, and can come off as “too driven” at times.

Amy is very humanitarian, she’s taking a gap year to go to Botswana to help women there make tampons. She’s an activist and, like Molly, is unapologetic when it comes to using her voice. She is a bit of an anxious mess, but that’s what’s so relatable about her. We’re all a bit of an anxious mess in high school. She’s also a lesbian, and one of the main romantic relationships in the film is one that she has with another classmate. Amy’s lesbianism isn’t a major focus in the movie, she doesn’t have to come out to her family or to her best friend. In fact, she’s already out to her parents and they completely accept and support her. Her sexuality is taken seriously and with a relieving amount of normalcy in the movie. It’s not joked about in any offensive or derogatory ways. It’s an accurate representation.

The movie is also led by women behind the scenes. At the helm of the film is director Olivia Wilde, and those who wrote the movie: Emily Halpern, Sarah Haskins, Susanna Fogel, and Katie Silberman. You can tell there were women behind the scenes because of the way that Molly and Amy are shown on screen. They aren’t over-sexualized, the movie doesn’t appeal to the male gaze. The movie is a refreshing, progressive take on the coming-of-age movie genre. The two leads are feminists, the people around them aren’t as politically outspoken as they are, but the ensemble is full of people from different backgrounds. The movie is representative of the more socially progressive time we are living in right now. The more social media outlets continue to become popular ways for people to learn about and participate in politics, the more the younger generation is able to become involved in politics. There is also a push for more diversity and representation in media (like movies and tv shows) and also a push for more diversity behind the screen. So, having a movie that is very much led by women is representative of the time that we’re living in right now.

The movie shows both the pressures that are put on us as high schoolers and the pressures that we put on ourselves. To know exactly what we want to do with our lives from the moment we set foot in a high school. It emphasizes the fact that in high school students are expected to not be teenagers, but rather young adults who have their futures in order. It also emphasizes that stereotypes we often give people in high school (jocks, druggies, party animals, nerds, etc.) are inaccurate and that there is so much more to people than it seems when you first look at someone. The movie depicts a healthy and real relationship between two best friends, they don’t fight over everything that happens, they build each other up and shower the other with compliments. It is also, in a sense, a breakup movie. It’s the “break-up” of their relationship because they are both moving away from one another and won’t see each other all of the time.

“Booksmart” is a lot of fun. It helps take the viewer out of the stressful and emotional times that we’re living in and shows us that we can still have fun even though there is so much happening in the world. That’s why it’s a perfect example of a classic movie released in 2019. The time that we’re going through in society is a bit insane, this movie is a bit insane at times. But it feels like it knows that it’s being absurd and insane at times, which is relieving and allows those watching it to relate to it even more than they already did. It’s truly a breath of fresh air in coming of age films, giving space for new voices to give a refreshing perspective of an experience everyone shares.