Playing Your Role: Waiting for a Chance for Stardom In State High Football 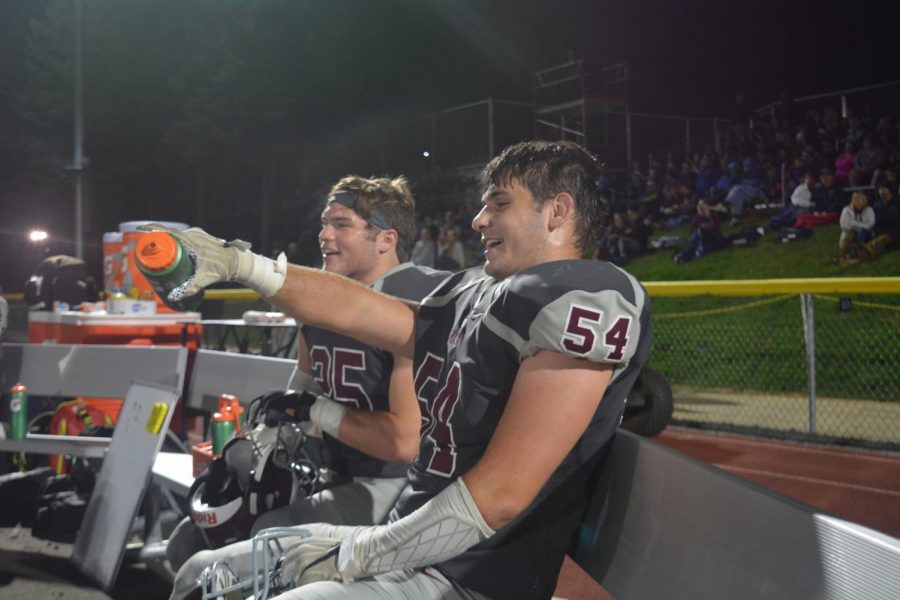 State High Football teammates Bryn Schoonover and Ryan Domico cheer on the rest of their team during a game.

In 2018, about 1.04 million boys participated in a high school football program. Football is one of the most popular sports, and odds are, if you’re an American teen, you’ve probably thrown a football before. The difference between kids with dreams of high school football stardom and kids who actually get to experience playing on that level is pretty small.

There are plenty of kids who have gotten a well-deserved spot on the State High teams who will get little to no playing time. Mark Baney, the JV coach at State High, said, “It all depends on the size of the team, and what (the players) can and can’t do.” He stresses the importance of exposure for his team and being along for the experience.

Baney said that when the freshman team plays, “We try to get everyone into the game, to prepare them for moving up and making that transition into varsity.” Exposure and experience aren’t the only important things for football players. Coach Baney also stresses the importance of hard work.

“We always have those kids who come to practice, and work and work and work, and it does affect the team,” Baney said. He stresses this to his team often when discussing moving up through State High football: “I tell the kids on Mondays, when we’re done playing a game, that there’s somebody in this group that’s gonna step up next year and be legitimate.”

The importance of morale and a good attitude affects everyone on a team, and it starts as a freshman. “I don’t get much time on the field, but if it’s a situation where it’s like the last drive of the game, I’ll get to play,” Frederick Kissinger, wide receiver for the State High freshman team, said.

This is a reality that many football players share, freshman or otherwise. But a good mindset is prevalent throughout State High football. “Attitude really affects everyone, because you may have made a bad throw, or ran the wrong route,” Kissinger said, “but if you pick up that ball and keep at it, it affects the team and spreads that positivity.”