The End of Star Wars (Spoilers Ahead) 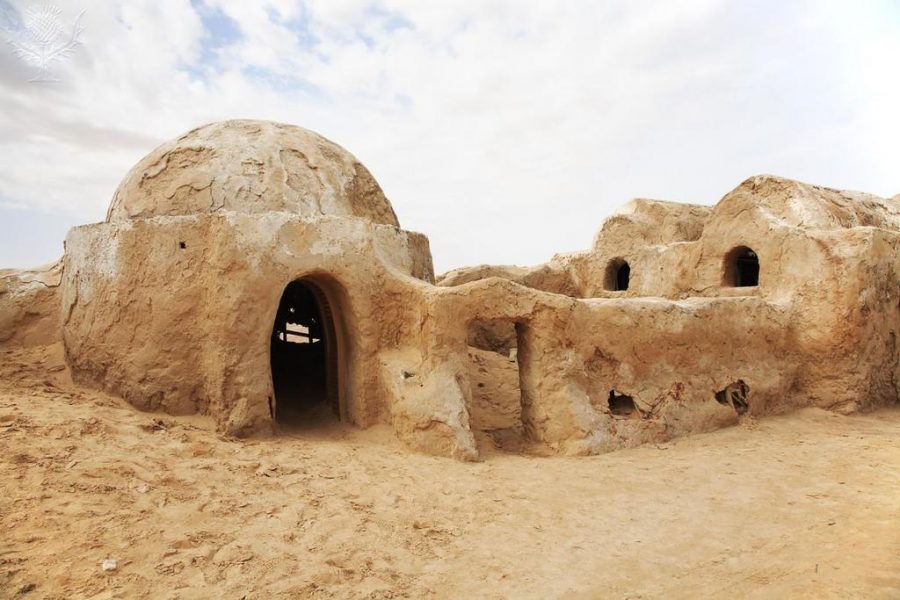 The childhood home of Luke Skywalker, originally seen in the original 1977 Star Wars (A New Hope), is the sight of the final scene of The Rise of Skywalker. The connection brought the saga full circle from the first movie to the last. While it got mixed reviews from fans and critics, The Rise of Skyalker was a fitting end to the Star Wars saga.

After years of bickering between Star Wars fans about the prequels, what’s canon or not, and whether Jar Jar Binks is the real Sith Lord, there’s something most die-hard fans of Star Wars can agree on: the appearance of the words “A long time ago, in a galaxy far, far away…” brings an excitement that not much else can match. However, with the release of Episode IX: The Rise of Skywalker last month, there has been much debate on whether it was a satisfying conclusion to the saga that started with A New Hope’s release 42 years prior. Despite some plot holes–which all movies are guilty of to some degree–The Rise of Skywalker brought the saga to a clean conclusion and paid tribute to the originals without remaking them shot for shot.

Up until this movie, one of my biggest issues with the sequel trilogy was how similar it seemed to the original trilogy. The Force Awakens was simply A New Hope; The Last Jedi was a mashup of The Empire Strikes Back and Return of the Jedi. Obviously, they were not exactly the same, but the plot similarities were astounding. An orphan is stranded on a desert planet, longing to be a pilot and leave the past behind. A rebel on a search for secret information is captured by a Sith Warrior in a mask. A planet-destroying battle station is defeated by a pilot hitting its one weak spot. The mentor character is killed by the Dark Lord. Then the rebels are on the run from the forces of evil. The main character finds a wizened old master and trains to become a Jedi. The evil leader tries to convince the hero to kill the dark lord and take up their position as his apprentice. The dark lord turns and kills his master. All of these plot points are fairly common, but the same movie series used all of them twice. This seemed like a major issue, until the next movie explained why it seemed like the same plan; because it was! Palpatine failed the first time, so he wanted a do-over. He was pulling the strings all along, and attempting to do the same thing, but expecting more success this time.

Another thing The Rise of Skywalker does very well is paying tribute to the past. The climactic scene, where Rey fends off Palpatine’s sith lighting with the power of past Jedi, features the voices of characters such as Mace Windu, Yoda, Obi-Wan Kenobi (both Ewan McGregor and Sir Alec Guinness), Anakin Skywalker, Luke Skywalker, Qui-Gon Jinn, Ahsoka Tano, Aayla Secura, Adi Gallia, Kanan Jarrus, and Lunimara Unduli. These characters are from both of the previous movie series, as well as animated shows (Star Wars Rebels and Star Wars: The Clone Wars). Some of these characters had yet to receive any in-movie recognition. This all changed with their voice cameos encouraging Rey during her final battle with Palpatine. Another good reference was when Leia Organa used her force sensitivity to communicate a memory of Han Solo to their son, Ben, when he really needs it. The scene is essentially the same as when Ben killed his father in The Force Awakens, except this time, he throws his lightsaber into the sea instead of stabbing Han, and decides once and for all, that he’s Ben Solo, a hero, and not the evil Kylo Ren. At the end of the scene, Ben struggles to say something and is unable to get it out. Han simply replies with, “I know.” This was a throwback to The Empire Strikes Back, when Leia told Han she loved him and he responded the same way. The thing Ben was trying to say was “I love you.” One of the greatest fan services was when Chewbacca received a medal, to make up for his distinct lack of recognition in the celebration scene at the end of A New Hope. Han and Luke both got medals and many fans objected to Chewie being left out. They can rest easy now knowing he was rewarded by Maz Kanata. Overall, The Rise of Skywalker gives good recognition to the originals with the return of Luke Skywalker (as a ghost), Han Solo (as a memory), Leia Organa, and even Lando Calrissian.

Most of the fans’ objections were focused on the ending. Some people claim Rey should have died instead of Ben Solo. The argument is that it was called The Rise of Skywalker for a reason, and Rey was a Palpatine, not a Skywalker, so Ben (a Skywalker) should have been the one to rise at the end. Another argument is that Rey and Ben had a better bond simply as friends, and that their kiss was unnecessary. I wholeheartedly agree with the second point. The kiss was my biggest objection to the movie. As for Ben’s death, it was important to his character arc. In the first movie he appeared in, he told Darth Vader’s disembodied mask: “I will finish what you started.” His plotline was the conflict between whether that was a promise to finish what Darth Vader started, or a promise to Anakin Skywalker to finish his mission and bring balance to the force. Eventually, he decided it was a promise to Anakin. His arc from a scared young kid, who was torn between the light and the dark, to a hero and the grandchild of the Chosen One was completed when he sacrificed himself to save Rey. People also objected to the scene at the end of the movie where Rey introduced herself as Rey Skywalker. The theme here is the idea of a chosen family. Your blood doesn’t determine who you are. You choose your family; you choose your identity. Palpatine tried to show Rey that she was just like him, and she defied him and showed she was more like Luke or Leia. Also, Palpatine told her that if she killed him, he would be one with her. She didn’t, and later Ben Skywalker healed her. The Sith are always about death and the Jedi are about the exact opposite. So maybe when Ben healed her, he became one with her, the same way Palpatine wanted to. When she sees Luke and Leia’s force ghosts on Tatooine, that’s them accepting her and telling her she’s part of their family, regardless of her lineage. The supposed plot holes of that movie did have a purpose.

Regardless of one’s personal opinions on The Rise of Skywalker, it must be acknowledged that it gave fans a lot of moments they really wanted, and brought peace to the galaxy, maybe once and for all. It was first and foremost a farewell to a saga that’s been around for decades. Star Wars has been a part of so many people’s lives, and will continue to be through shows and spin-offs, but this was a goodbye to the original form it took and an homage to the actors who carried the original trilogy on their backs. The Rise of Skywalker was a fresh mint clearing away the bad taste left in many fan’s mouths from The Force Awakens and The Last Jedi. It paid tribute to past movies, as Endgame did for the Marvel Cinematic Universe and brought it to a close. And while there could be speculation about what might have happened had Rey died instead of Ben, there was meaning to his death, and it gave the messages of family and power of choice that the Star Wars franchise has been about since day one. Star Wars: Episode IX- The Rise of Skywalker was exactly the grande finale that was needed to end the epic space opera that all started a long time ago, in a galaxy far, far away.