Are “Big” Movies the “Best” Movies? 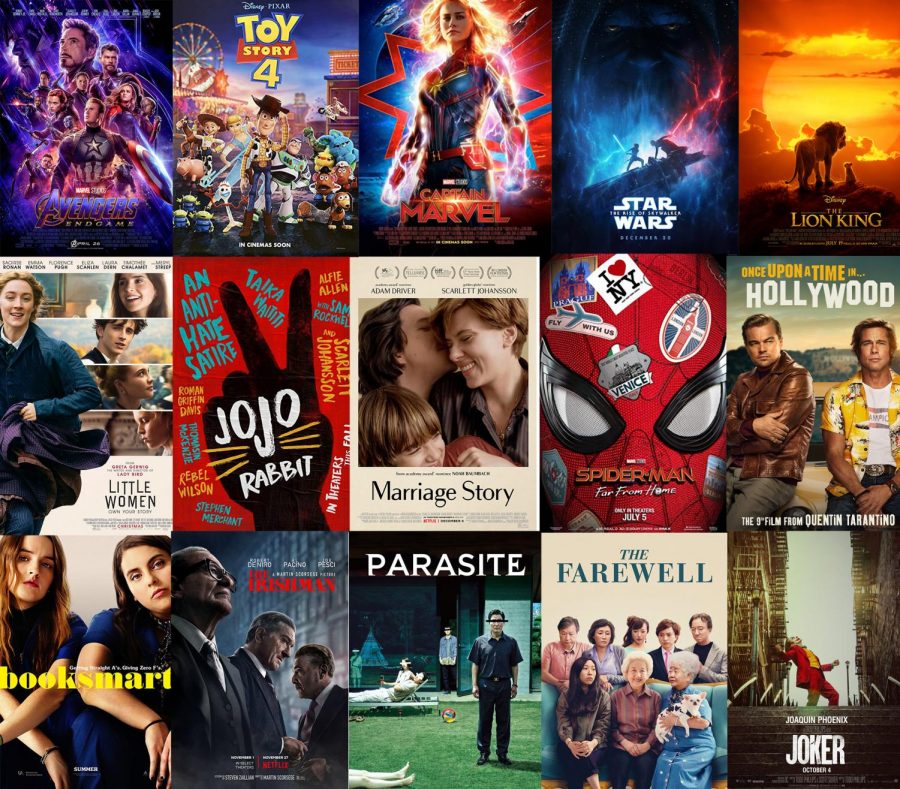 2019 was full of big box office movies, from Avengers: Endgame to Toy Story 4 to Star Wars: The Rise of Skywalker. But should these movies be considered the best movies of the year?

Big blockbuster movies are created for their entertainment value and often times are made so major studios, like Disney, can make money. While these blockbusters are great for the reasons they were created and appeal to certain audiences, oftentimes they do not leave a real impact on the viewer. I personally went to see all of the “big” movies this year and did not find them super monumental. Toy Story 4 seemed like a money grab and they could’ve ended the Toy Story movies with the third movie. Movies like Avengers: Endgame and Rise of Skywalker, while they did make me cry, didn’t reveal any huge life lessons or insights that films are supposed to. I do recognize that films can also be used purely for entertainment, but there wasn’t enough balance in the “big” movies this year to say that all the best films of the year were the blockbusters.

What makes a movie “good?” Often times movies are measured by how much money they make, which isn’t a fair measurement. The majority of movies that make lots of money in the box office are those that were given ample money to begin with. These movies have little diversity in front of and behind the screen. While this is changing slowly, it still remains a big problem. Lack of diversity leads to movies that show an inaccurate picture of the world, often leaving half of the population out and not allowing people to see themselves reflected on screen. A majority of the highest-grossing films of 2019 featured only white men. These films were distributed by major studios who put a lot of money into the movies before they were released. The movies that made the most money were those that started with a lot of money in the first place. If money isn’t being given to movies with diverse casts and crews to begin with, it cannot be expected for those movies to do well in the box office. The money given by major studios also helps fund advertisements for the movies, which allows audiences to know the movie is coming out. Without advertisements, people don’t know what movies are coming into theaters.

The best movies are the ones that truly resonate with the audience. These movies can transport audiences to different worlds, whether those worlds are fictional or real. These movies ultimately create and allow perspective for people who may not have experienced the same things in life as the main character in the film. Blockbuster movies are primarily led by white men, or in some cases white women. The main character(s) are also almost always straight and cisgender. There is rarely any diversity in the films, and when there are diverse characters their development relies on stereotypes. There is usually one token “diverse” character, who is really just a minor character or a side-kick. This isn’t diversity or progress. It’s merely just done to check a box, not to put effort into telling diverse stories.

White men aren’t always relatable to every member of the audience. Not all members of the audience are white males, therefore they don’t have the same life experiences as white men. There are still relatable qualities in these characters, but who’s to say that a black woman can’t have relatable qualities as well? Not only does more representation allow people from under-represented communities to see themselves represented, but it allows people who see themselves represented frequently to understand that while we are all different, we are also similar in certain ways.

We live in a diverse world, full of diverse people, and if that diversity isn’t relayed on screen people aren’t going to see the diverse society we live in. If only white men are featured in leading roles, not leaving room for people of differing racial or gender identities, the public is going to see main roles as only belonging to white men. This is a wrong way of thinking that needs to be dismantled.

Film allows a unique opportunity for audiences to see through new eyes, or eyes that they have not previously seen through. That’s the beauty of film and art as a whole. Blockbuster movies don’t allow for this aspect of film to be explored enough, especially when there are a select few series of movies being continually produced. While these movies do mean a lot to audiences, they don’t allow smaller films to have as significant of an impact on audiences.

Disney distributed a wide majority of the highest-grossing movies this year. It’s dangerous to have all the highest-grossing films come from the same major studio; it doesn’t allow for more voices to be heard unless they are going through that outlet. It doesn’t make it feasible for people who have a passion for film to be able to find their passion and fulfill their dreams unless they go through one way of getting to that success. The company serves as a gatekeeper, controlling all the major films released to the public.

If major studios aren’t making an effort to reach out to a diverse group of filmmakers, those filmmakers aren’t going to get to tell their stories. Those movies are going to be seen as lesser than the big films. This doesn’t mean that the lesser-known films aren’t good, they are often not even given a chance to be seen as good. They could be significantly better than the big blockbusters, but people just don’t realize because the films are not as well advertised and don’t get to stay in theaters for very long. Often times smaller independent films don’t even reach theaters in small towns and are primarily released at film festivals and in big cities like Los Angeles or New York City.

It’s astounding that with all of the movies being pushed out by studios the films are continually revolving around the same people and continuing to leave so many people out. It makes it hard to say that the movies that are being seen as the “best” by film critics and audiences alike are truly the best films. The pool of movies going through theaters does not allow for audiences to see all types of films, starring all kinds of people, made by passionate filmmakers who are creating a work of art for the first time. Not all films are given a proper chance to even be seen, let alone be seen as a “good” movie. It’s time that the big blockbuster films take a step back and let the smaller films speak for a change.