Delta Student Decides Mass Incarceration is Worth a Conversation 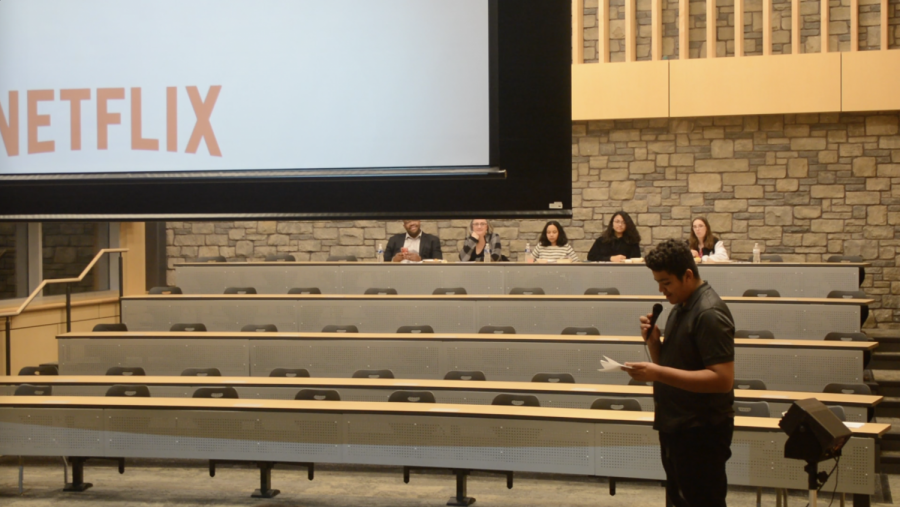 Aidan Kennedy-Phillips, a sophomore at Delta High, introduces his Community Action Plan project. He chose to show the Netflix documentary '13th.' He opened by saying, “I’m glad you could all be here tonight, this is such an important film about the mass incarceration crisis in the United States.”

Students at the Delta Program were given the opportunity this school year to take a class about social justice. The course is focused on issues of and around social justice and equality. This class was introduced for both middle and high school Delta students. At the end of the class, students are required to come up with a CAP (Community Action Plan) project. Students choose a topic around social justice that they are passionate about. The projects range from forums to presentations to movie screenings. Aidan Kennedy-Phillips, a sophomore at Delta High School, chose to screen the documentary 13th for his CAP project.

“We watched 13th in class and I thought other people should see it and this was the best way I could think of for other people to see it,” Kennedy-Phillips said. “[13th] is spilling its guts about racism and mass incarceration and it exposes and says so much. It’s more than you would think.”

“I planned and presented my plan to a bunch of people and they gave me feedback [on the plan] and then I got the okay that I was good to screen it,” Kennedy-Phillips said. “Then I had to reserve a room. I made discussion questions, too.”

Kennedy-Phillips spent a few months planning the screening and made sure audience members had a chance to debrief after the documentary screening. Some of the questions for discussion inquired about how members of the audience felt about the film and how they were feeling after seeing a documentary dealing with such an intense subject like mass incarceration. Another question asked for audience members’ thoughts about the Black Lives Matter movement that had been featured in the documentary.

When reflecting on his previous knowledge around the topic, Kennedy-Phillips said he “didn’t know that the United States had 22% of the world’s prisoners and a majority of them are black men and women.”

“I didn’t know all the statistics about everything,” Kennedy-Phillips said, “and it’s just really eye-opening.”

“I learned that everything is not what it seems and there is more happening in the background of more big issues,” Kennedy-Phillips continued. “I just learned how bad the issue was. I didn’t know it was this bad. I didn’t realize that mass incarceration and police brutality is so bad.”

As for how the documentary will shape his future decision making, Kennedy-Phillips says he plans on being “more considerate” and hopes that others will learn that “there’s more to certain situations than it appears.”