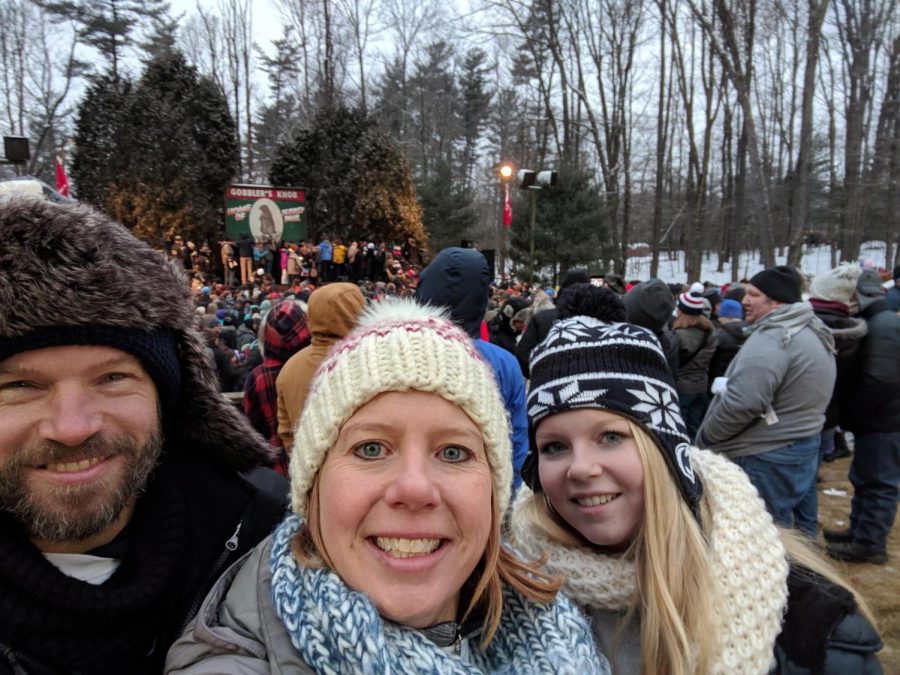 Punxsutawney Pennsylvania, February 2, 2020. Esteemed Groundhog Punxsutawney Phil slowly crawled out of his hole. He looked around for his shadow, and found nothing. Content, he sniffed the air and headed back to sleep. Now, what does this mean for State High?

Students relished in the good news of a shortened winter. “I like winter and all, but I’m really excited for some warmer weather,” freshman Jack Sim said. “It’ll be nice to get the chance to go out and exercise, which you can’t do as much with 6 more weeks of winter.”

Others shared that opinion. “I always look forward to Groundhog Day, and I’m happy we get to see an early spring,” freshman Youngjin Ryoo said.

Students aren’t the only group of people at State High with an interest in Groundhog Day–sophomore math teacher Molly Neal has her own connection to the holiday. “My parents are originally from Punxsutawney,” Neal said. “We moved back to Punxsutawney when I was in 2nd grade, and I graduated from Punxsutawney Area High School. Growing up in the small town really made Groundhog Day seem important. Now, I can look back and really appreciate how important this day is for the economy of this small town.”

Growing up in Punxsutawney, Neal was at the forefront of a lot of the culture surrounding Groundhog Day. “In high school, we would go into school late if it was Groundhog Day because you would go to Gobbler’s Knob to see what Punxsutawney Phil predicted first,” Neal recalled. “Then, during the school day, we would always have the Groundhog Day assembly, where they would crown the Groundhog King and Queen (similar to the Homecoming King & Queen). The King and Queen would preside over Groundhog Festival week that is at the end of June and includes getting to ride in the parade.”

With students and teachers alike voicing their excitement for an early spring, spirits are high as the weather warms. In Punxsutawney, the festivities commence, carrying on the tradition of celebration for a holiday that touches the culture of a whole town. 2020 is another successful year in the books for Phil.