Musicians on Route to Regionals 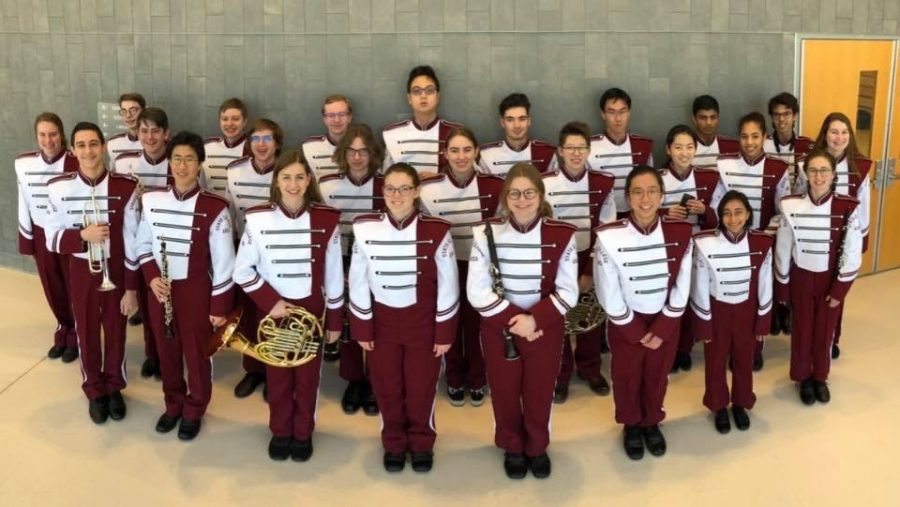 State High band, including 12 seniors, 4 juniors, and 8 sophomores, poses in uniform. "I believe State High took 24," sophomore Tanner Deyo said. "Of those 24 I think 21 qualified to go the regionals."

On February 13th, members of State High’s orchestra, band, and choir competed in a district competition that leads to regionals and for some, All-States.

“You are literally auditioning for two people you have never met in your life behind a white cloth so that they can’t see you, pulled in one by one to your individual audition room and audition for the judges,” sophomore Tanner Deyo said.

These competitions are two days long, with a concert on the third day. These extensive auditions take place on the first day, with the results coming out at the beginning of the second day. The stress of getting into regionals becomes more apparent due to the wait for results. One musician, Nika Kello, was not worried about the results.

“I feel honored to have the opportunity, but even if I did not get into regionals, I know I will have more opportunities to move on to regionals in the future.” She said

“State High as a whole did amazing! Of these 26 I think 23 qualified to go regionals,” Deyo said.

The musicians left with great anticipation for the upcoming competition in regionals. With, State High hopeful for All-States in a few months.