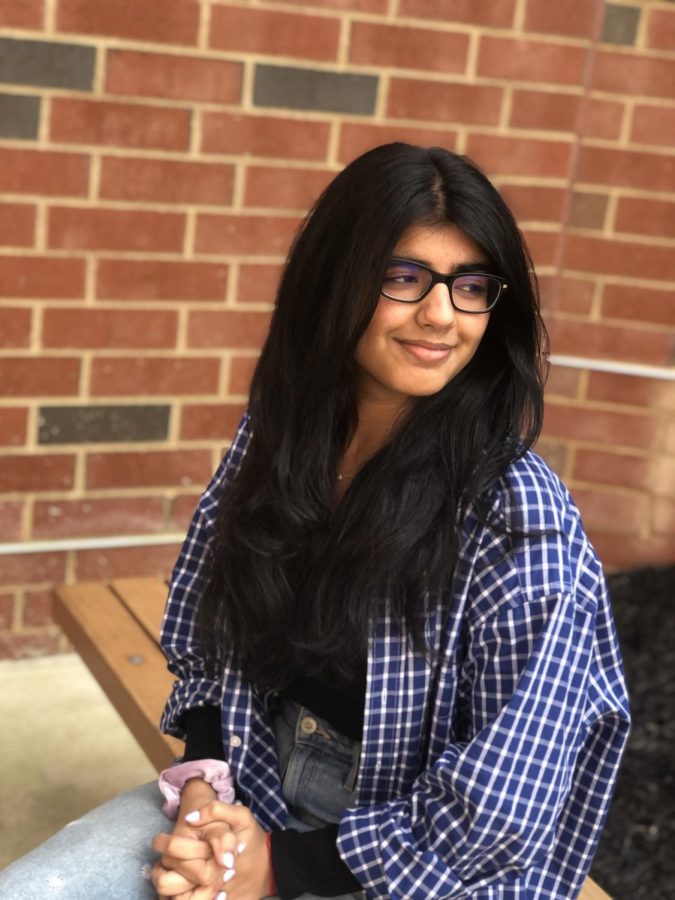 “I think when you’re in school, especially when you transition from middle school to high school, and you’re hearing everybody’s opinions around you at all times and everyone is doing something different, you can feel like you’re the only one that’s lagging behind, that you’re doing something wrong. And so getting to the point where you realize that you’re different than other people, and you’re not going to have the same journey, I think that’s really important so that you don’t, like, really hate on yourself, and I think that’s why self-compassion is so important and treating yourself like a friend. […] I don’t know who that person is [for myself] like I’m still figuring that out, like I have no idea. But I think it’s just little blocks of what you do, what you find excites you, what you find you like, whatever you find that interests you and what you choose to go into are just tiny things that make up, that make you who you are. I still don’t know. I have no idea [who I am], but I think that’s okay.

I do have, like, healthcare. [I want to dedicate myself to] just like healthcare in general, like the realm of that. I know high school doesn’t mean anything just in terms of like I feel like it’s a glimpse. It’s four years, nobody’s gonna remember it. But like, I’ve already given so much time and thought and work to it. If I gave that all up just because of fear, of not being able to complete it, or not [being] able to go through with it? That would like, that would make me really upset. So just having perseverance, and the want to do it, is what’s keeping me going. Like it’s not just the fear of putting in time and it ending up being nothing just because it’s hard but, like, yeah the passion for it. If I didn’t have that, I would give it up right now. It wouldn’t mean anything because I could choose to do whatever for college and none of this [high school] would matter.”