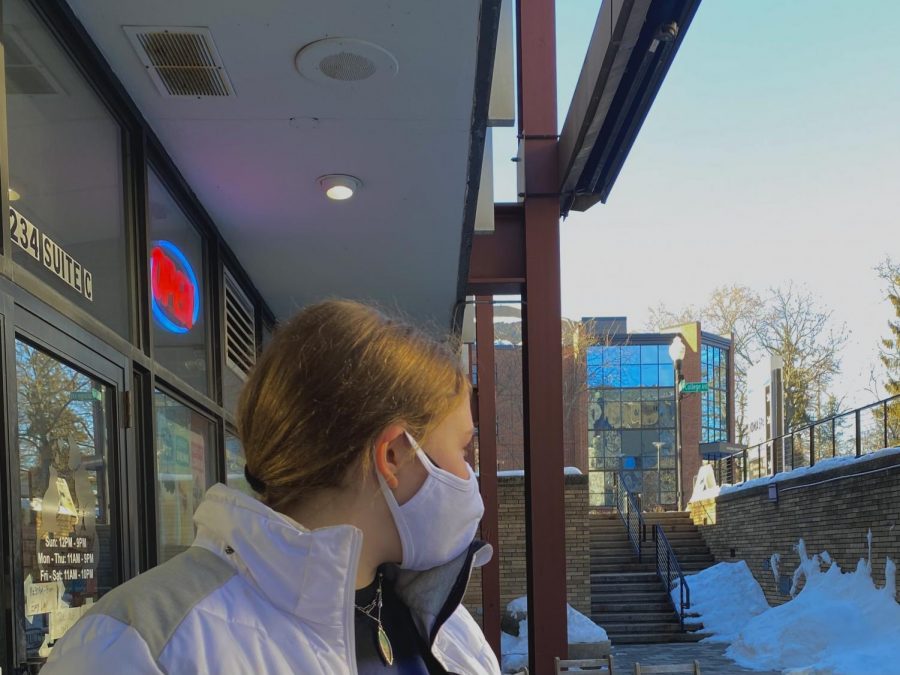 “Religion. Oh my gosh, I stress out every day about that. Just like the feeling of unknowing and how no one else can answer it for me and how I’m the only one that can come up with a clear and concise decision. Because everyone is going to tell me that if they’re Christian, ‘Oh God is real.’ But how do I know that their beliefs about God are right and those of a Jewish person are wrong? The only person that can [decide] that is me, and it’s so stressful growing up in a majorly Christian society, in the Us where Christianity dominates calendars, holidays, media, everything—It’s used to justify hate in a lot of places, and so, it’s so hard to have a good relationship with it. But part of me wants to, because having such loving—like blind love and blind trust in something where you feel like it’s all going to turn out okay, it’s something that I think everyone wants. But, like I said earlier, I can’t lie to myself… That’s a question that I would want answered.” (1/3)

“I think my philosophy is that when you die you die and that is it, which is a little bit depressing for a lot of people but I think that it also allows me to live the way that I want without like hope of another life. Like if I want to do something I’m going to do it now and that’s how it’s going to be. I also think that it’s frustrating because in a lot of old cultures death is like a beautiful thing. It’s seen as like a cycle and it is seen like ‘relax’ like ‘peace.’ There’s been like this narrative that gets pushed like ‘It’s painful, it’s scary!’ I really just wish I could be like at peace with having my life end be fulfilled and stuff. I think I might be an atheist. There’s like an argument that’s like ‘If you’re atheist how do you know like not to murder people and how to be kind?’ And I’m like ‘that’s just—it’s just me, frankly.’ I don’t think that I’m going to be rewarded for being a kind person. I think that being kind within itself is reward. I think that seeing other people be happy because of my kindness and seeing the people that I love be happy is enough reward that I need in order to keep being a kind human being or the kind of person that I can be. I don’t need, or frankly deserve, reward for being a good person.” (2/3)

“I think having good morals; not hating minorities is a nice one, being kind and caring about other people as well as your own well-being. Also having this like wiseness or like understanding of other people’s emotions and being able to empathize with people and tune into what they’re feeling in order to make them feel supported. Really just doing everything you can for someone, not because it always makes sense to you, but because it will make them happy. I think ‘kind’ is a hard word to define because it goes deeper than words, it’s actions, but that would be my definition of being a good person.” (3/3)