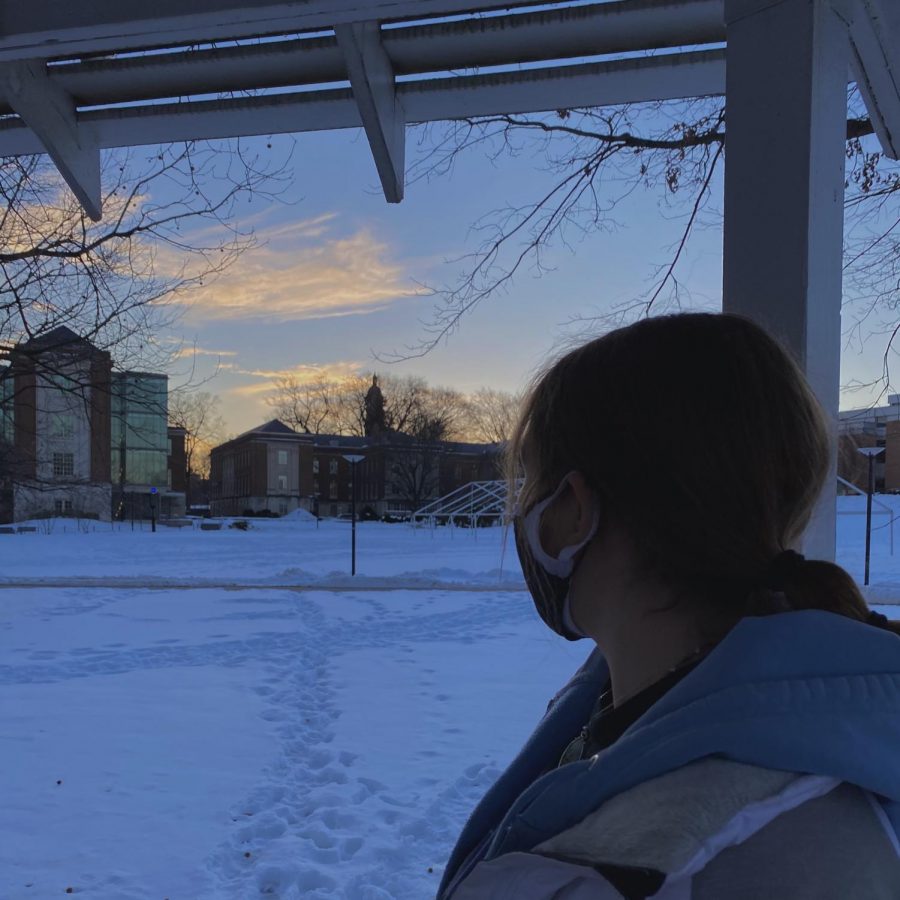 “I think I’m good at looking at things from a one-sided perspective because it’s easier that way. Everything is so complicated and for it to just be black and white is so much easier than [actually] processing. So I guess, just turning something that’s really grey into just one side vs. the other is so much easier than accepting that there can be good within evil and evil within good. It’s just a really hard concept. I think that the media also pushes this narrative of stuff being black and white. And a lot of people think that way too, so it’s hard to escape it.” (1/4)

“Having friends and people around me with different perspectives and frankly having really open parents has allowed me to understand that things are not two-sided and have grey areas. But like, seeing perspectives that aren’t mine really- I think the first big thing for me was actually immigration because it’s so vilified in the media and then I saw stories and it was like- these people are fleeing their homes where they don’t feel safe, where they’re being murdered, where they’re being raped. And I was like, ‘iif I wanted a better life for my family, I would do that too.’ And it’s especially because they aren’t white, because [the media] doesn’t care about European immigrants and the European people who want to come for a better life. I think that seeing another perspective and having people in my life that look like the people who are being vilified, made me really realize that it’s so much deeper and you have to look at all perspectives, not just the ones presented to you.” (2/4)

“For the past few months I have been furthering my political beliefs to the left and I’m not very fond of the police force. I told my parents this and they were pretty close-minded and they kept saying, ‘well you can’t just think about it like that.’ Then recently when I was on the golf course my mom was talking to like a neighbor, a close friend, about it and she was like, ‘it just feels like something I trusted so much was collapsing,’ and while she should have come to that realization sooner it kind of felt like ‘finally,’ like they’re actually starting to see it now. And I think it’s hard to see it from their age because they’ve grown up where cops are seen as like “they keep you safe” because that’s what they do for white people and they have grown up in an era where police force TV shows were really popular and really cool and it was all so glamorized and they seemed like heroes and that’s just not the America that I’ve grown up in. To finally hear them say that [the police force] is not what they thought it was and that they’re willing to change their ideology, felt really relieving.” (3/4)

“A friend of mine posted something on Instagram and it was about like statistics for voting and it was what the election results would have looked like if only certain people had voted. I think that I had thought that only uneducated people supported Trump. And then she wrote like a little blurb above the post and it was like, ‘A reminder that education does not determine politics and you have to stop saying that if they were educated then they would not have voted for Trump.’ And I think she said something like, ‘It’s the Harvard frat Bros that do it they got into Harvard and they’re still bigoted,’ and it’s really something I had just never thought about. Even like women, who are thought to be more left-leaning, if only white women voted then the election still would have gone to Trump! And so this thing that ‘Only uneducated people vote for Trump! Only stupid people vote for Trump!’ It’s not like that and it has to do with personal experience and privilege. Like the white people who are still educated and voted for Trump, they are not better than uneducated people because this idea of like having a college degree that will like radicalize you and like turn you to the left, which happens sometimes, but we need to stop putting white people who went to college on a pedestal. It just really opened my mind that like just because you went to college doesn’t mean that you’re not going to be bigoted. And that [college] is not this whole eye-opening experience for some people- It’s just a degree and you’re still going to be white and you’re still going to come out of it with that harmful ideology because even though you have the education, you’re still white, and you’re still not going to experience racism.” (4/4)