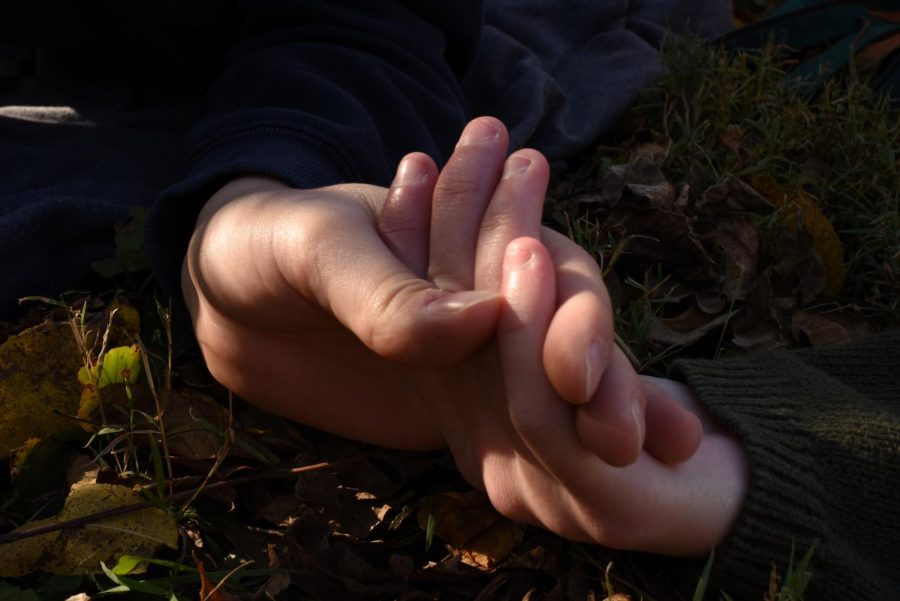 “When I was a kid, I always wanted to either be a boy or something in between. Then in middle school, I realized ‘oh, that’s not normal.’ So I tried to be hyper-feminine in 7th grade and erase what I felt and tried to repress it, which worked, because in the past month, it’s been a whole realization that maybe I’m not who I thought I was. I don’t know, it’s been difficult because I’ve been trying to talk to people about it, and they’re like ‘oh yeah, I haven’t felt that way ever,’ and I’m like ‘well, interesting.’ But I did find one friend who is genderfluid, and we both came out to each other at the same time. We were like, ‘yeah, we’re definitely not–we don’t feel a specific connection to being a woman or a girl.’ And it’s confusing, because it’s like a spectrum where one day I’ll feel like yeah, I’m comfortable being called a girl and being a girl, and then one day I’m like, I don’t want to look at my body in the mirror because I hate having boobs and having a waist or being short or something like that. And I want to be genderless almost, where people see me and they’ll perceive me as ‘what the fuck? Is that a girl or a guy or like, what?’ I don’t know. So, this past month, I’ve realized so much about myself. It’s still difficult because I wasn’t around people for a while because of quarantine, and I was able to be by myself and do thinking, which I [previously] didn’t, and I didn’t have the opinions of other people to sort of challenge what I was thinking. I kind of developed this false reality, of maybe if I do call myself like nonbinary it won’t matter. I was away from people and I didn’t really have the fear of being judged, but when I came back to school I realized ‘oh shit, straight men exist,’ and people who think that nonbinary is a fake thing exist, and people who, if I say I want to go by they/them pronouns, they’ll be like ‘that’s literally not a thing, you can’t do that, I’m still gonna call you she/her.’ So, it’s difficult because I want to not care about what other people perceive me as, but also I want them to[properly perceive me], because I’m a huge narcissist. Right now, I go by she/they pronouns, but as soon as I realized, I was like, ‘I want to tell so many people, like I want to just broadcast it to the world.’ But then I go on TikTok and people are like ‘I don’t get she/they pronouns, they don’t make sense to me, like whatever just choose some,’ and I’m like, ‘oh, okay, I didn’t know people felt this way about how I want to identify and express my feelings.’ So it’s weird? I don’t know how else to describe it.”