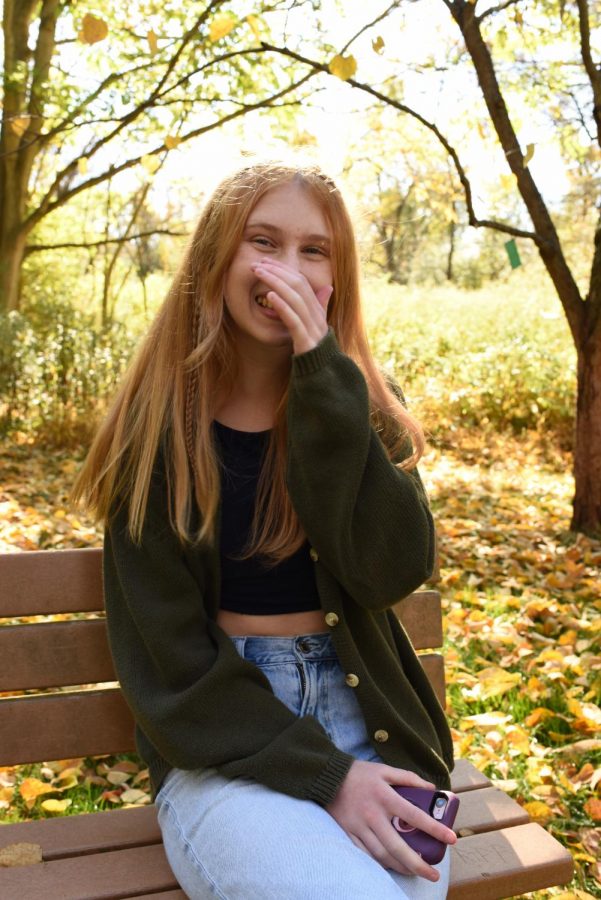 “I think I just have a tendency to fake friendships, kind of, or that I like someone. I know that for so many years I’ve just been friends with people because they’re people that everyone would like, and that it would kind of be seen as good to be friends with them even when I didn’t feel any need to be their friend. So I think that I’ve just kind of based what I do off of what others want me to do. I think I’ve always been a people-pleaser, just–well, so my whole childhood, [my older sister] had autism and we didn’t know, so my parents’ attention would go to her. And I was never good enough, in my mind, because all the attention, even when I thought I did something worth[y] of attention, it’d still–she would be the focus. I think that just I wanted to make everyone like me outside of my home. I know I’ll convince myself that I like certain things that other people like in a way and if it’s clothes or literally anything I’ll convince myself that I like the same thing so that they’ll feel that connection with me and be like ‘oh, we’re the same.’” (1/2)

“I don’t want to forget that I’m loved, because sometimes that’s hard to remember. I don’t love myself. I think it’s back to the thing where I’ve never been good enough for my own family, so I’m never going to be good enough for myself. Even though I think I also just kind of made that up, because they were all having their own struggles, but I just kind of–it’s also that I feel like I’m a huge narcissist where I think that everyone is against me, and I just really internalize everything I hear, and I just take everything so–I’m just too sensitive, and I think that makes it hard.” (2/2)