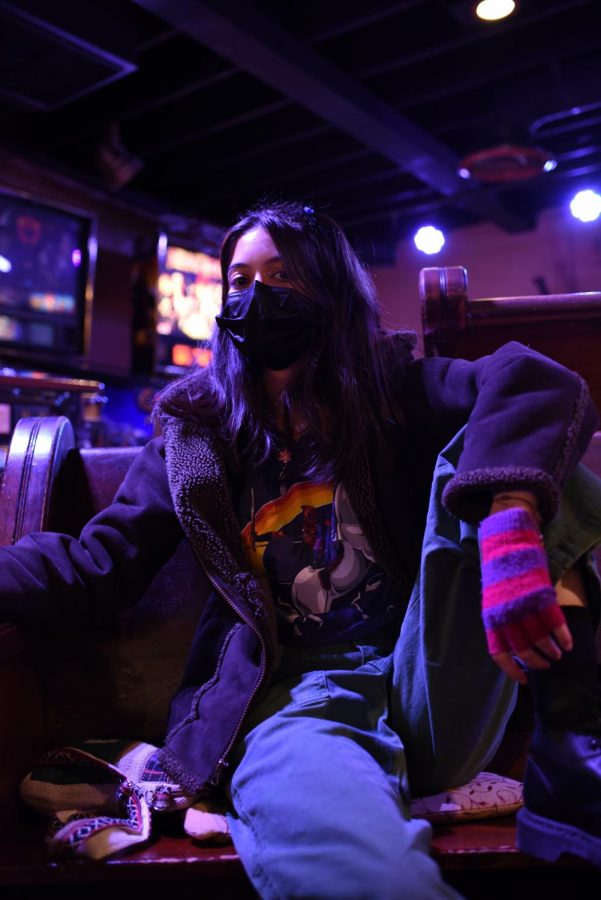 “I feel like people think I’m honest/open with my emotions, and I wouldn’t say that I’m not, but I would also say that I’m not. So like I’m not open with my emotions, but like I am, because I will have conversations along these lines, like all the time, and I enjoy them thoroughly, and I like thinking this way. But I don’t speak about stuff that’s, you know, chillaxing deep there. But, I mean, it’s better than nothing. I don’t even think some of the stuff I’m comfortable having conversations about with like anybody, for that matter, would be considered surface level. I feel like I’m willing to contemplate the meaning of life with anybody, and I don’t think a lot of people consider that surface level. But then I don’t think I go into what I believe it is or my personal experiences with the meaning of life and how I’ve come to my conclusions, quote on quote. I more so just look at it from an objective perspective like I’m doing a research project on philosophical books.” (1/4)

“Most difficult thing I’ve overcome? Existence. I haven’t even overcome that though, I’m just dealing with it. I’ve always considered myself to be realistic, like just blunt with my surroundings. Like I don’t want to say I’m pessimistic and I don’t want to say I’m optimistic, because I’m really not. I’ll give false optimism to people, for sure. I feel like if anything, I’m just blunt with the way I view the world. And maybe as a child or in middle school I was a lot more optimistic and I viewed the world with a lot more wonder–and I feel like I still have that sense of wonder in me but it’s like tinted grayish, and I just like, everything is shit. […] I don’t have batshit figured out. I don’t know what the fuck I’m doing and I don’t know if I will ever know what the fuck I’m doing. I think of the future and I laugh because there’s nothing there. Um, but that being said, if I were to travel into the future, maybe I’ll just be like a really cool aunt living on the Florida Keys, just doing her own thing. I feel like I should go off the grid. I know [the way I want to live] is not the way I’m living now, and I know I want change, and it kind of sucks because I feel like there’s a lot of potential in this quote on quote life and the fact that I’m even alive, and there’s so many pretty places that I can’t–like I could totally just go there, if I wanted to, but I also can’t, which doesn’t make any sense in my head. And it’s kind of very hard for me to comprehend. Like all the possibilities and all of my limits, and it’s so contradicting, it doesn’t make any sense at all. In theory, I can do whatever I want.” (2/4)

“One night, I was just chillaxin with my homedogs, and we were just like, ‘you know what? Let’s run to the park,’ and it was like 10 pm, and we just like ran–sprinted–down the middle of the fucking street. And that was so much fun, and I just love my friends. And also that McDonald’s night? Oh my god, it was so lovely. Like, I just wanted to disappear into a different pocket of dimension with [my friends]. It makes me sad that I can’t have those experiences more consistently. We’re not even doing anything special, like we’re just fucking walking in the middle of the night to McDonald’s, that’s not like inherently amazing, but it was, I don’t know, it was so good and freeing and lovely. Also, we’re like actually in the world, I feel like. Cause when you’re not inside somebody’s house, and you’re just walking down in public with your friends, it’s like I’m actually interacting with the world around me. I–I need to go out in public more often.” (3/4)

“No, the most important part of my life I would consider my friends, and sorry to my family, but I adore my friends, they’re all so–ah, I love them so much. Comfort, it’s not even an emotion, but the word ‘known,’ somewhat, and it’s always like, it’s not that–I don’t know, man. Like, I just, I can listen to certain songs and think of a moment with my friends and basically time travel and it’s lovely and I like having memories I can look back fondly on, and the mere presence of people I care about. It’s so fucking crazy that we, for one, exist at the same time, the same age, live in the same place, out of like everywhere–like the chance is, that’s so low, and sometimes I’m just baffled that I know this many great people are intriguing, captivating, and they’re just all so lovely. I’m just gushing about my friends now, but they’re so perfect.” (4/4)